Godfrey Simfukwe, the principal and founder of Chitulikwa Community School

was born in a rural remote farm settlement of Kawambwa district in Zambia. He started his 1st Grade at 7yrs old and like many children in his village he had to walk over 15kms for 3hours to get to school. Unfortunately, this is the reality of many school going children in rural Zambia. Godfrey recalls that he often had to carry farm produce to the market before proceeding to school on an empty stomach and would often only have his one meal when he returned home from school. Evan as a boy he believed that he could have a better life through acquiring an education and so he endured the long walks hoping for a brighter future. Upon graduating from High School, Godfrey moved to the capital city in Lusaka and acquired an artisan certificate and managed to find work in construction. Moved by a deep need to help others, Godfrey noticed that in the poor community of Kabanana where he settled in Lusaka there were many vulnerable children from extremely poor families who were unable to attend school.

Despite his limited resources, Godfrey worked hard to provide for his family and not only build a home, but he also put aside some of his family savings to set up a Community School in his neighbourhood. After 18 years of striving to make his dream a reality, Godfrey was able to establish Chitulikwa Community School that allows over 160 children from Early Years to 9th Grade to attend school. The school like most community schools is severely underfunded with poor infrastructure and relies on the school children’s parents’ contributions which are hardly sufficient to run the school. Unfortunately, most of the parents can hardly afford to put food on the table let alone afford the monthly school contributions which are supposed to be used for running of the school.

According to Godfrey, ‘it doesn’t matter how much or how little you have, what matters is that we can each in our own way make a difference in the lives of those less fortunate than ourselves.’’  ‘’We are grateful for Simpact Foundation’s Support to Chitulikwa Community School, it gives us hope that together we can really make a difference in the lives of many vulnerable children in Kabanana.’’ 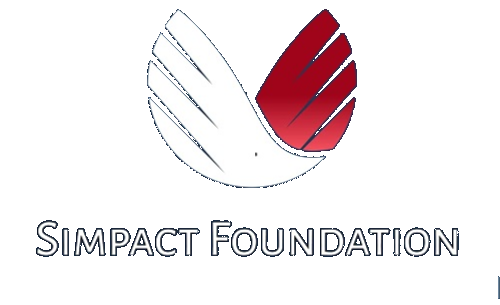 At Simpact Foundation we believe that every child has a right to have quality education that gives them a fighting opportunity to step out of the cycle of poverty.

Your ticket for the: Meet Godfrey Simfukwe

USD
Chat with us
Send via WhatsApp